We are proud to finally present you our review of the new SLS NOC Race FPV LiPo batteries. Stefans Lipo Shop has offered the cells for quite some time now. More than a good enough reason to put the pack in action on our test stand. This review looks at the SLS NOC Race 4S 1800 mAh 2N pack.

Stefans Lipo Shop ships its packs well packed in a labeled cardboard box. The battery itself is packed in bubble wrap and foam for extra protection. You also get a small paper sheet, with all important security notes on how to handle the lithium battery properly. Unfortunately specs like max charge rate or cut-off recommendations are not directly printed on the battery.

The SLS NOC Race 1800 mAh 2N battery is a standard 4S1P config flight pack for high power use. It utilises the newest generation of SLS NOC cell chemistry. Charge rates up to 10C enable you to fill the pack up really quick, if you ever have the need to. We still favour to stick with 1C charging for our tests.

Build Quality: Very good. The pack feels very well made on the outside. Connection terminal looks solid. The white shrink wrap is really tight. There should be no puffing. It looks like there is a spacer between cell 2 and 3 to allow better ventilation.

Cables: Stefans Lipo Shop uses 12 AWG wires* on this packs. The high flexible silicon layer is rated up to 200°C. Cable length is about 7 centimetres.

Balancing plugs: Standard XT-system. Balance wires are short (4.5 cm), which is a benefit in terms of getting them out of the prop-range on the aircraft. Main power wires and the balancer cable both connect to the top of the pack.

CV-Phase is short on this cell type. Balancing in normal mode took 1:01 min. Cell drift during charge was unobtrusive. This is for 1C charge (1.8 A).

During this test the pack delivered 1415 mAh. This is 78.6 % of nominal capacity. A very good result.

Just looking at average values the SLC pack performs very well. All cells stayed far above 3,7 V on average. An average value above 3,74 V / cell can be considered very good. The SLS NOC Race 1800 mAh managed stay above an average of 3.76 V / cell!

Voltage sag is extremely low on the SLS NOC Race 1800 mAh pack. It becomes visible that even the 50C phase almost bores the pack. No cell went below 3.62 V on this high load phase.

Interpretation: The internal resistance of 1.69 mΩ average per cell indicates a „true“ C-rating of around  44 C (79.9 A). This is on the conservative side and represents a current draw that will make the pack last for a long time. This estimation falls in line with the very good voltage stability of the pack. This value is an extremely good result.

Max. temp during discharge was around 54.2 °C on top of pack. This is a good value. The pack stays surprisingly cool, which underlines the low IR-values we have measured. Note that heating of stressed LiPo packs will continue for some more time even when load is cut.

The new SLS NOC Race 4S 1800 mAh 2N battery is a small sized pack with a capacity to decent weight ratio of 8.95 mAh/g. Build quality of this battery is excellent.

The pack is rectangular shaped and keeps it shape under every load situation – no puffing what so ever! Voltage stability best we have seen yet. Cut-off should be chosen at 3,5 V / cell minimum.

Usable battery capacity is great. Cell matching is very good as well, absolutely nothing to complain about here.

The rating of 2N rating will be a mystery to the educated FPV pilot at first. We would rate this pack at astonishing 44 C continuous. This allows you to pull around 79.9 A without having to worry about the packs health too much.

More than enough head room for even the most demanding drone racers. As you can see in the dynamic load test, higher current spikes are handled very well. The battery almost seems bored even at highest loads. This makes the SLS NOC Race 4S 1800 mAh 2N battery the best performing FPV battery in the 1800 mAh class we have tested so far.

Very positive we have found the low operating temperatures, even under constant loads. The low IR translates in very low temperatures – and that’s with pre-heating as we do on all the tests.

For 35,99 € (retail price) this pack is certainly well worth the money.  It outperforms all other 1800-mAh-packs we have reviewed so far. Be aware that you will need a high end FPV racer setup to use the potential of this battery.

In the end 35,99 € are well spent, if you are looking for a 1800 mAh FPV battery that has the potential to blow your socks off. The ultra-low IR will most likely make a difference in serious FPV competition settings.

For every pilot looking for the next „amp supply monster“: Trying out the SLC NOC Race 4S 1800 mAh 2N is well worth a shot. We still can’t wait for the day, SLS discovers a cell chemistry worthy of being labeled „3N“.

Gens Ace has been in the LiPo game for a rather long time already. The portfolio ranges from car batteries to helicopter packs. Latest addition has been the Tattu series… 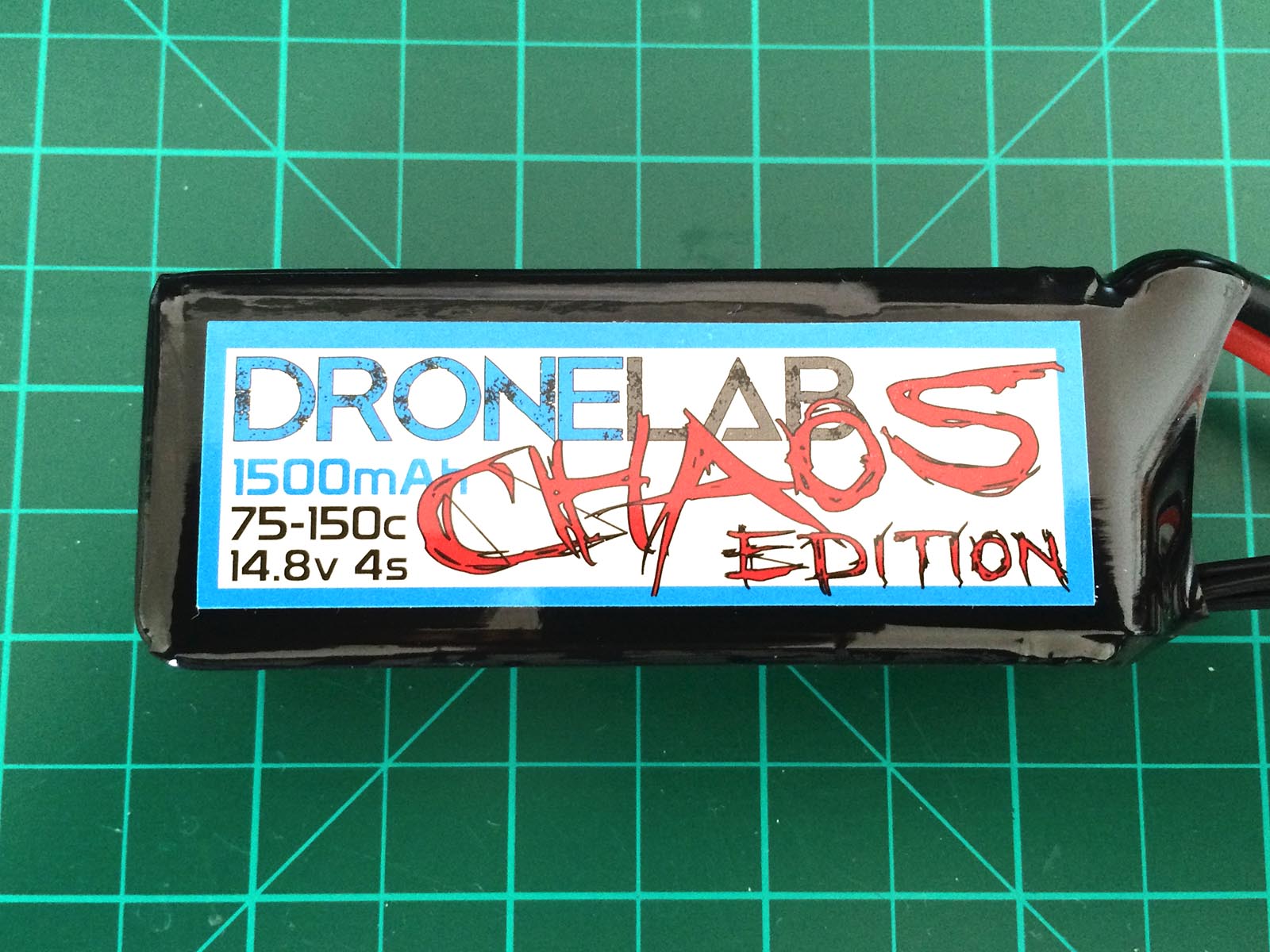 UK distributor and RC manufacturer RadioC has its newest Drone Lab CHAOS Edition lipo packs out on the market. The Drone Lab series is specifically designed for use in race… 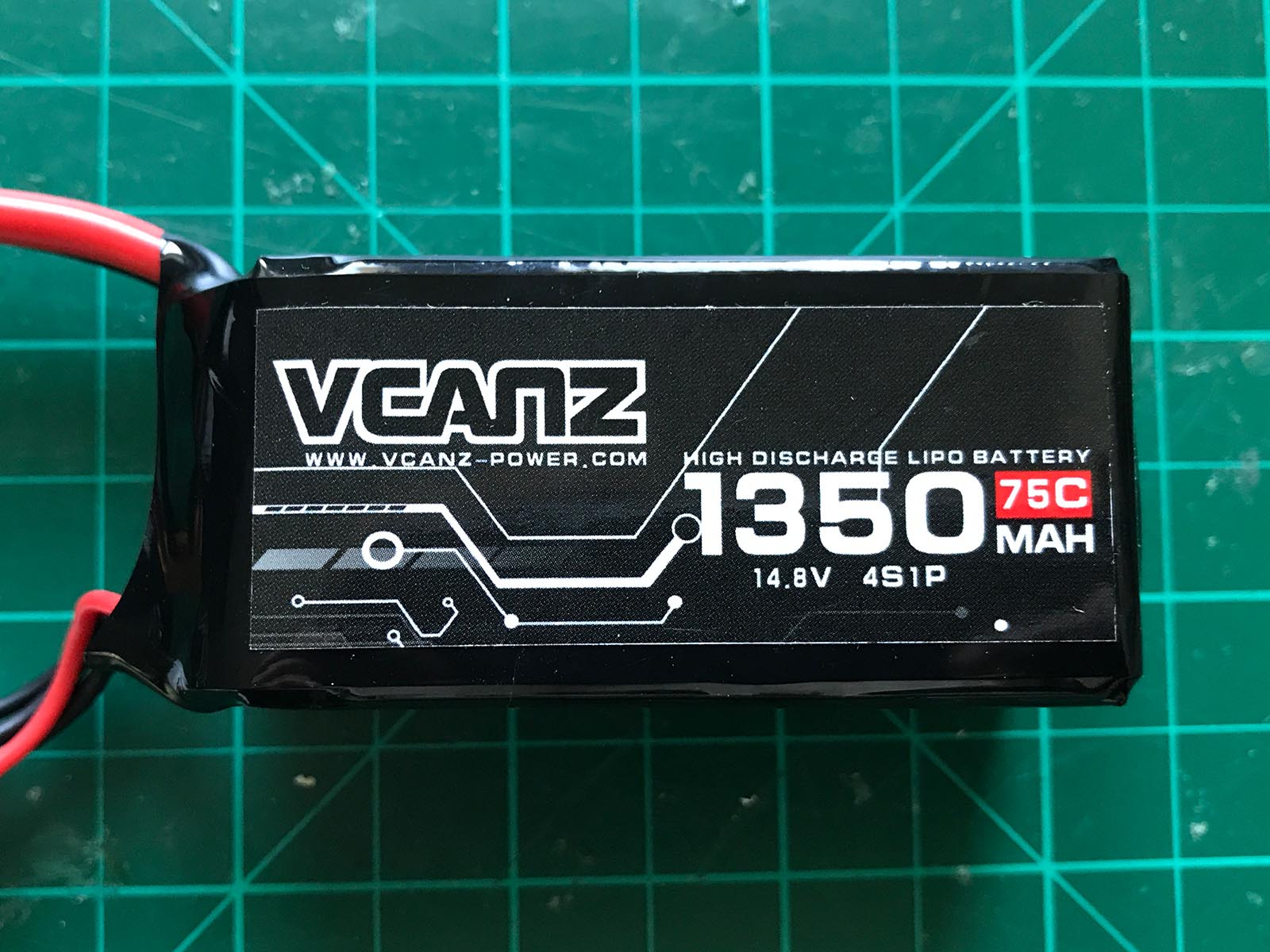 Chinese battery manufacturing brand VCANZ Power contacted me to see if I would review their latest FPV flight packs. Of course, I couldn’t resist taking that offer and here we…