We are happy to present you an exclusive interview with the drone manufacturer Yuneec. The following is about Yuneec’s history, upcoming products, the regulation of the drone market and new technologies.

Thank you for taking the time for an interview on Drone-Zone.de. Perhaps you could briefly describe your position at Yuneec to give our readers a context?

My name is Jörg Schamuhn and I am „VP Global Sales“ at Yuneec. I have been with the company since 2016. My operational focus is on the EMEA region.

For all our readers who don’t know Yuneec yet: What does Yuneec do and what has the company’s history looked like so far?

Yuneec was founded 20 years ago. In the first phase of the company, Yuneec was purely an OEM manufacturer and operated as an extended workbench and development office for a brand manufacturer. In 2013 it was decided that Yuneec would enter the market itself and independently distribute developments in the field of drones.

As early as 2011, we launched the first consumer drone as an OEM product. From 2014, we added our own branded products, like the 920 series, Q500 and the legendary Typhoon H. In early 2017, we launched our first product specifically designed for the commercial market – the H520. Today, the H520 is a very powerful and flexible system that can be used in many applications.

Regulations must be designed in such way that they are practicable and make drone operations safe and economically viable.

Yuneec has been an established player in the drone market for several years. How is Yuneec’s current product portfolio structured?

We currently have two lines in the consumer market, the Mantis and Typhoon H product families. Mantis* is small, lightweight, foldable, has particularly long flight times and high stability – even under adverse conditions. The Typhoon H-Series* has already won numerous awards and, with its proven 6-rotor design and a flight controller based on open source PX4 code, ensures extremely high flight safety.

In the commercial segment we have the H520 with different payloads and versions, e.g. RTK, LTE and Encryption via the Skyhopper module. As payloads we offer high-resolution cameras, thermal imaging cameras and zoom cameras.

With a glimpse into the future: Can we expect a stronger focus on Yuneec’s industrial drones (and drone applications) in the future or will the consumer segment continue to be in the lead?

This year we will announce a very interesting cooperation in the consumer sector and in this context present an exciting solution for the prosumer market. Otherwise, we will maintain and further expand our brand presence and our portfolio. But it is undisputed that we are putting a large part of our energy into the market for commercial applications and are working on solutions that do justice to a wide range of industries. We rely on the carrier platforms H520 and H920*, the closest possible proximity to PX4 and an interesting range of sensors.

We use an open source architecture that allows third parties to integrate their payload into our carrier system and to have it certified by a Yuneec partner program in the future. For the operator, this means that he no longer has to experiment if he wants to use third-party equipment.

In many countries there are currently efforts to regulate the use of drones more strictly. What things should legislators pay attention to? What should be avoided at all costs?

That’s a difficult question. Regulations must be designed in such way that they are practicable and make drone operations safe and economically viable. In addition, the solutions must also be the responsibility of the regulators. It must not happen that regulations are created which then lead to long waiting times, e.g. for approvals, due to a lack of capacities on the regulatory side.

We consider systems, in which well-known manufacturers can view the data streams of the drone, to be extremely questionable, especially in the area of commercial applications.

Regulation must be manageable in such a way that the necessary effort can also be made by smaller companies. Regulation should promote safety and tolerance in air transport, but also make it possible and encourage the use of drones. Last but not least, the economic benefits of drones must be preserved and not made unviable by excessive regulation.

The EU drone rules were passed and published a few weeks ago. How is Yuneec adapting to the new requirements for drones? Is there a particularly interesting class of drones (C0 to C4) in which you would like to introduce consumer drones in the future?

Well, we at Yuneec have always taken regulations and safety rules in aviation very seriously, sometimes to our disadvantage in competition. We face up to the rules and make our drones compatible wherever we want to operate in the market. Our products are in classes C1 to C4.

Beyond the classification of drones and drone missions, the EU goes one step further with its „U-Space“ concept and is in the process of establishing a UTM (UAV Traffic Management). The concept of „remote identification“ also goes hand in hand with such a system. How does Yuneec assess these systems in terms of data security (when drones are directly or indirectly connected to the Internet)? How will cyber security risks be countered?

There are two aspects here. An essential principle of our architecture is that the drone on the communication side is a closed system, so neither we nor third parties can access the communication and data of the drone via a third channel or server. The drone’s data is only accessible to the operator, both on the ground and in the air.

We consider systems, in which well-known manufacturers can view the data streams of the drone, to be extremely questionable, especially in the area of commercial applications. On the other hand, we are in favour of UTM systems if they lead to the opening up of airspace and enable missions which today either cannot be flown at all or can only be flown at great expense. It is therefore important that UTM communicates on a separate and protected channel and that this way the data protection that we currently have implemented is maintained.

BVLOS operations – i.e. flights outside the pilot’s line of sight – are regarded as an important milestone in being able to use drones for many commercial purposes on a large scale. How does Yuneec prepare its drones for this challenge? Are there special security measures (redundancy, sensors, etc.) or special technologies such as encryption?

We are preparing for this deployment scenario and are already testing corresponding systems, also with encryption.

Recently, the US government in particular has accused drone manufacturers based in China of illegally withdrawing data from customer drones. How does Yuneec ensure that data from Yuneec drones does not fall into the hands of third parties or the manufacturer?

As mentioned earlier, Yuneec drones never connect back to our infrastructure. This is also the reason why the H520G is in demand by US authorities. The data in the drone is secure and belongs exclusively to the operator, at all times. And although we have our headquarters in China, we consider ourselves a global company. The software for our commercial drone products, such as the H520*, is written and managed by Yuneec Research in Switzerland.

To bring our interview to an end: Germany is currently relatively hesitant when it comes to drone technology. What are actually the most promising growth markets in the drone sector in which we can expect Yuneec to increase its involvement over the next few years? Are there any regulations that make a market (a country) potentially uninteresting for the sale of drones?

The hesitant behaviour is not surprising, because in Germany we tend to hesitate in principle and our leadership is often driven by scepticism. Of course, there are markets that are uninteresting. Wherever entry barriers are extremely high, we see no need for action. We focus on public safety, disaster control, construction, surveying, inspection and, of course, photography.

Thank you very much for the opportunity of an interview and your time.

Transparency note: The interview was conducted text-based. The questions were made available to the interviewee in order to answer them in writing. This is a translation of the German original interview, which can be found here. 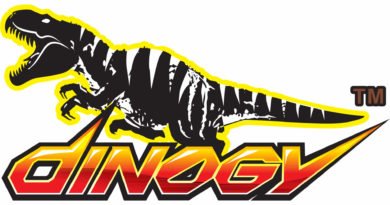 Interviewing L&E Battery: All you ever wanted to know about Dinogy LiPos

L&E Battery, better known for the Dinogy Battery brand, is one of the leading FPV and RC battery manufacturers at the moment. In this article we present you an exciting…