After almost a year of battery testing I finally was able to get my hands on some samples of the all mighty Turnigy Graphene battery pack. This review covers the Turnigy Graphene 4S 1500 mAh 65 C version.

HobbyKing* (the company behind the Turnigy battery lineup) has been in the game for a long time. After the first Turnigy Graphene packs showed up, the FPV scene went nuts, impressed by the „power“ the packs offered compared to normal lithium polymer packs by that time. We are going to take a closer look and compare the performance with competitor products.

The Turnigy Graphene 1500 mAh 65 C* battery comes in a high-quality card board box with a lot of protective foam inside. The actual battery is once more packed within a handy fabric bag (like the one that comes with your Dominator googles). The battery itself is covered in matte black shrink wrapping.

Stickers on front and pack give you the usual information, how to use the battery. The sides are composed of some red plastic, which will protect the cells from punctures on impact. The overall design underlines the impression of a high quality product.

The Turnigy Graphene 65 C pack* is a standard 4S1P config flight pack for high power use. As the product name suggests the battery uses graphene-enabled chemistry to lower internal resistance (hence improve voltage stability under high loads) and heat generation. The Turnigy Graphene line-up has been the first graphene-enabled LiPo battery widely available. This makes it especially interesting to compare with other high performance flight packs.

Cables: HK uses 12 AWG wires on this packs. The high flexible silicon layer is rated up to 200°C. Cable length is about 9 centimeters, which is quiet long.

Balacing plugs: Standard XT-system*. Balance wires are long (7 cm) which can be a challenge to deal with on smaller quads. Main power line and balancer wires are connected to the top and bottom of the pack.

CV-Phase is very short on this cell type. Balancing in normal mode took 1:01 min. Cell drift during charge was unobtrusive. This is for 1C charge (1,5 A).

During this test the pack delivered 1121 mAh. This is 74,7 % of nominal capacity. A solid good result.

Just looking at average values the Turnigy Graphene pack* performs good. All cells stayed well above 3,7 V on average. An average value above 3,74 V / cell can be considered very good.

Interpretation: The internal resistance of 2.10 mΩ average per cell indicates a „true“ C-rating of around  44 C (65.5 A). This is on the conservative side and represents a current draw that will make the pack last for a long time. Overall performance can be described as very high.

Max. temp during discharge was around 53.4 °C on top of pack. Note that heating of stressed LiPo packs will continue for some more time even when load is cut.
Market Comparison

Cut-Off /warning value for this battery should be chosen 3.5 V minimum. After this point voltage drops quick. The battery provided 1109 mAh (73,9 %) during the 25 C discharge.

The last chart of this review sums up the usable capacity during all four load scenarios. Please note that this is only the capacity consumed by the electronic load! There are losses due to heating of the pack, which could be approximated (see testing methodology page). All four tests are cut when any cell goes below cut-off voltage of 3,3 V (or pack goes above 58 °C on any of the three probes).

If you would push further and go down to 3,0 V/cell you will be able to squeeze out some mAh more, but at the cost of excessive heat generation and shortening of pack life-span. This value will most likely differ from what you get when flying on a quad as most people don’t monitor voltage on a per cell basis and therefore don’t even notice if voltage drops below 3,3 V/cell during punsh-outs (what’s not necessarily a good thing, though). For comparison, used capacity until 3,3 V/cell is reached is the base line in all battery reviews on Drone-Zone.de.

The Turnigy Graphene 4S 1500 mAh 65 C battery* is a relatively large sized pack with a capacity to weight ratio of 7.17 mAh/g. It therefore is a notch heavier than the competition from Dinogy (Ultra Graphene 2.0). Build quality of this battery is excellent, as is the packaging the pack comes in. The pack is rectangular shaped and keeps it shape under every load situation. No puffing thanks to the metal sheets on both sides of the pack, which also help to spread heat across the outer cells. Most heat is dissipated through top and bottom, though. The mostly black design should optically fit almost any quad build. Voltage stability is good on the Turnigy Graphene 65 C pack*.

Cut-off should be chosen at 3,5 V / cell minimum. Usable battery capacity is good, but still behind the competition.  Cell matching on our test sample is very good. The rating of 65 C still is a bit over the top, of course. I would rate this pack at very good 44 C continuous. This allows you to pull around 65.6 A continuous without having to worry about the packs health too much.

More than enough head room for most of the applications out there and in the top three of all testes packs in the 1500 mAh class so far. As you can see in the dynamic loads higher current spikes are handled well. Looking at the price tag, HobbyKing tries to position its Turnigy Graphene lineup as aggressively as possible.  For only US-$ 28.50 you can get this battery directly at HobbyKing.

This means that the Turnigy Graphene lineup still is the cheapest option to get into graphene-enabled batteries. In the end this battery is able to push out high amps when needed for a very fair price tag. Just keep in mind that other brands (Dinogy*, Tattu) are doing equally good or better, when you are looking for the maximum of performance. 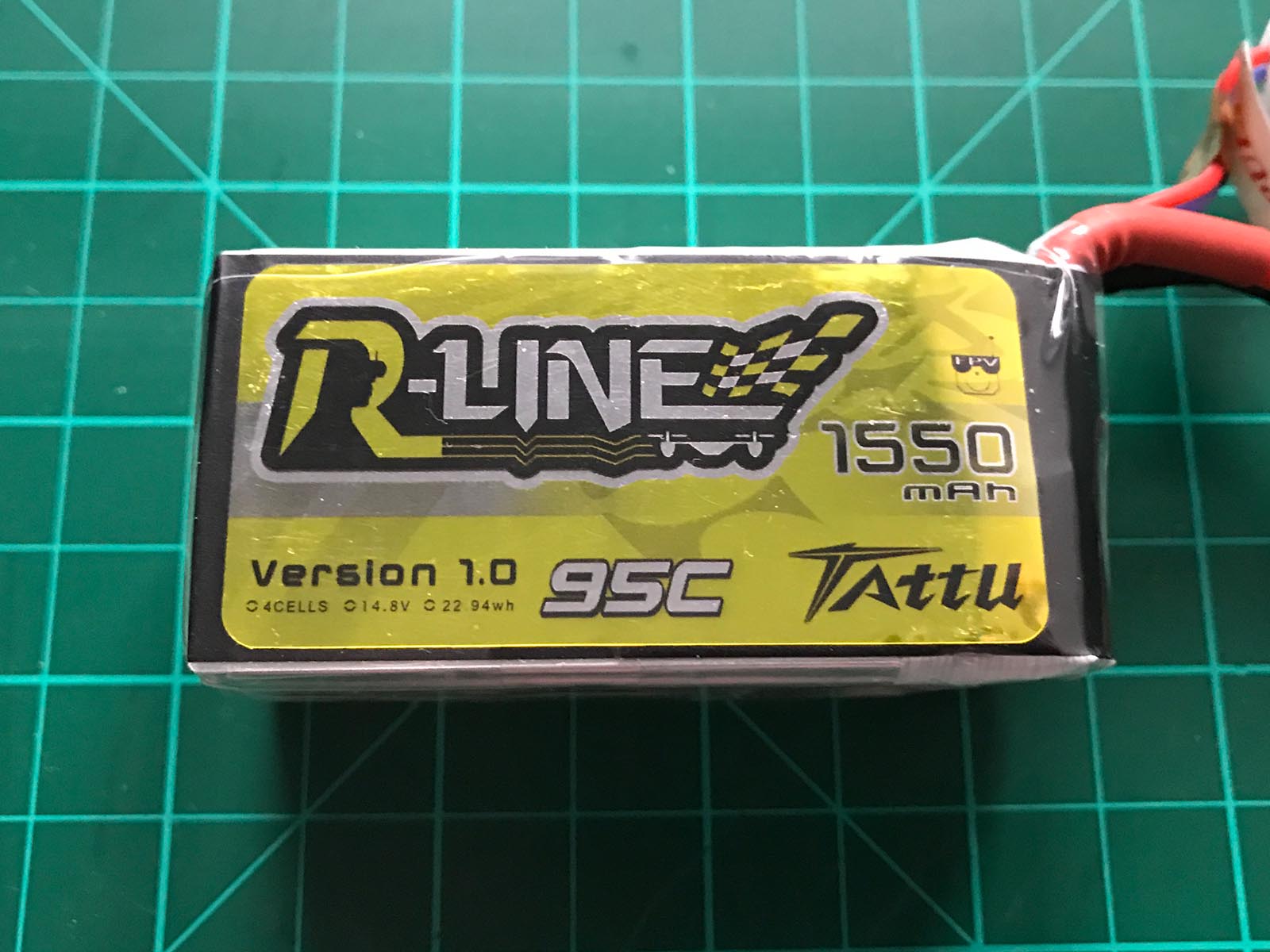 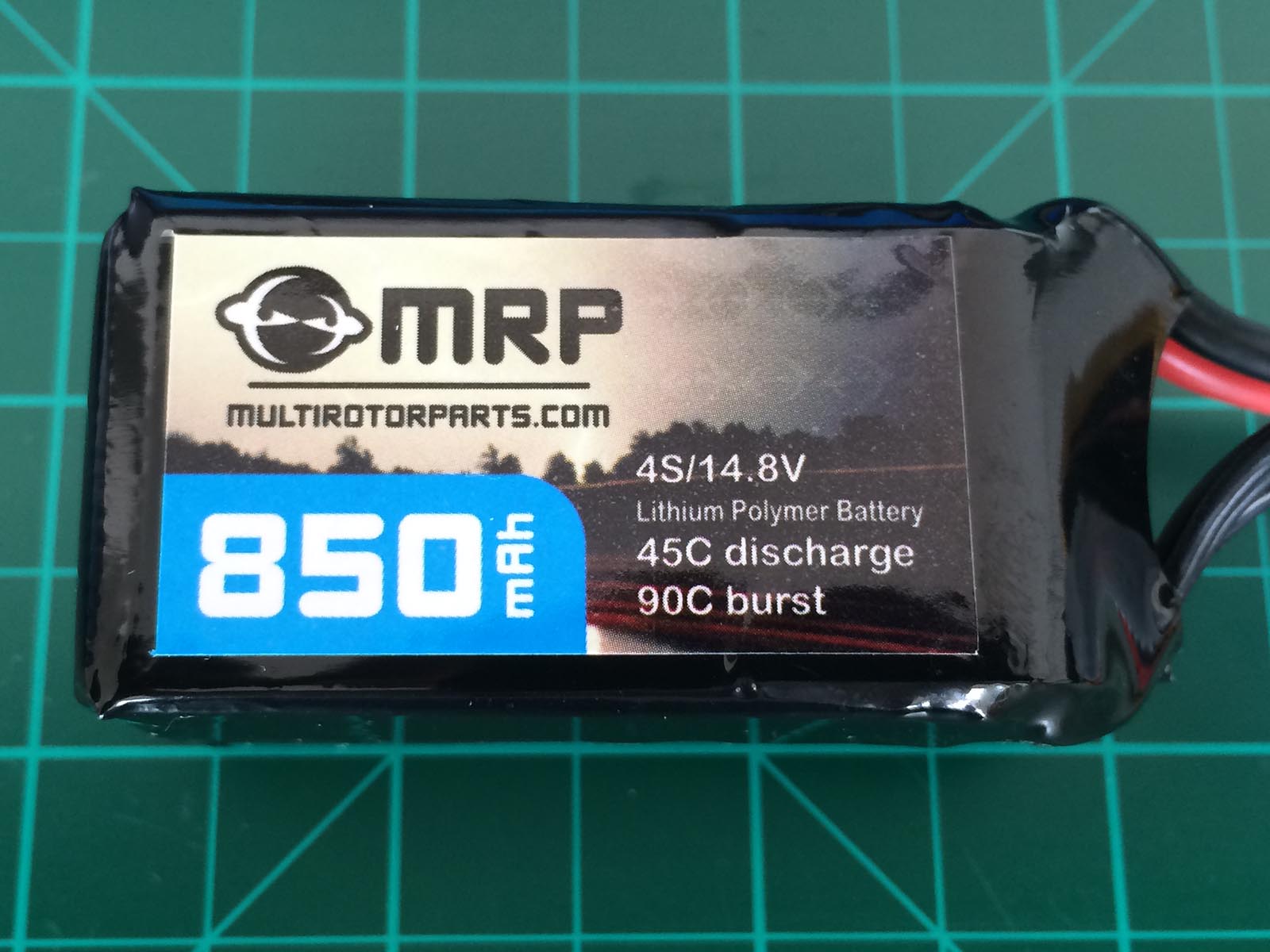 MRP (Multirotorparts) has it’s own battery line-up. All 4S, all purely dedicated to mini quad racers in the world. The 850 mAh version is the tiniest pack of the family. This… 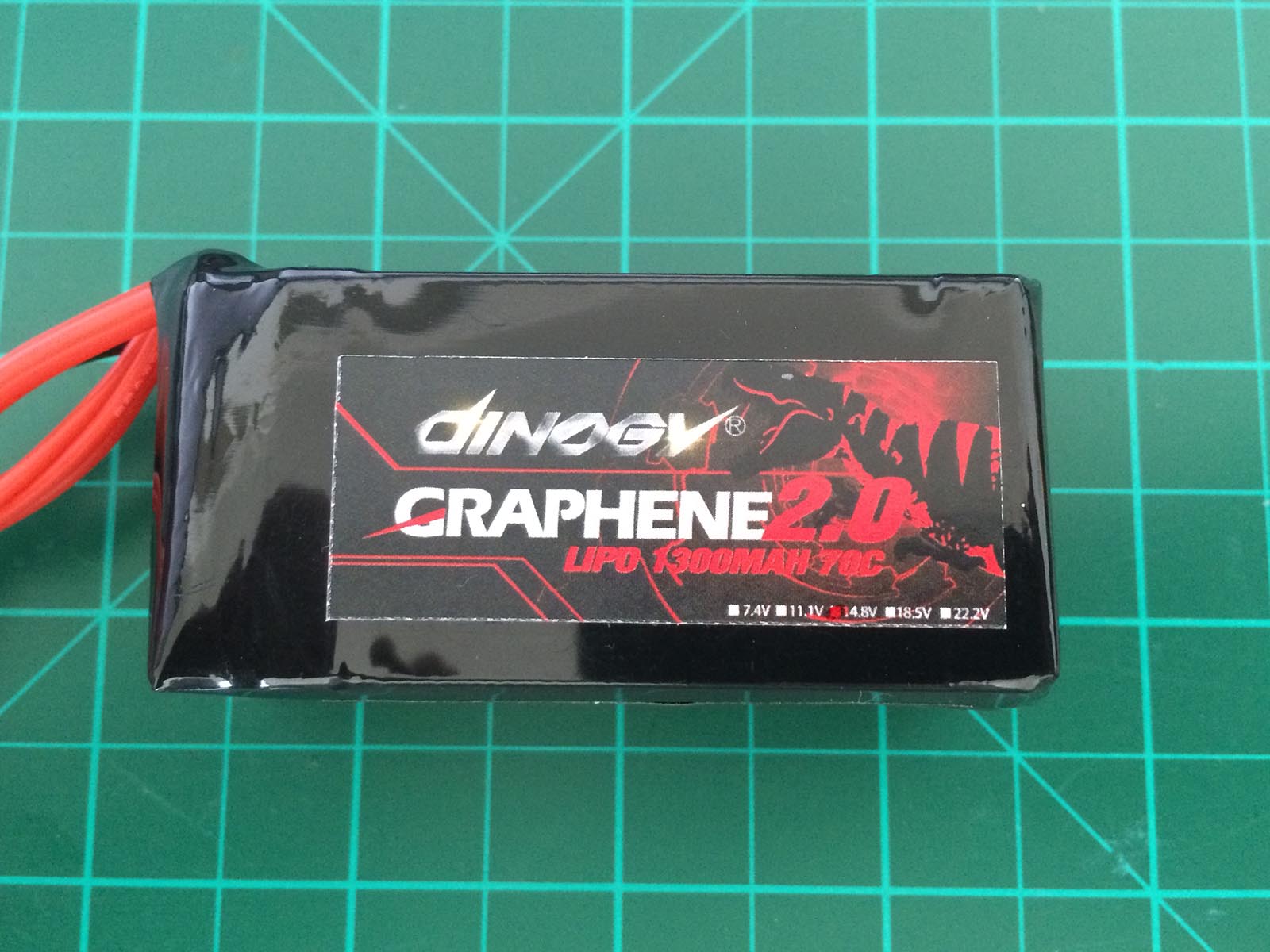 I am proud to present you a first review of the all new Dinogy Graphene 2.0 batteries, that have been developed in dedication to all of us FPV racers. The…