I am proud to present you my battery review of the all new Dinogy MEGA Graphene 2.0 series. The new MEGA product line tries to pair the great power delivery of the ULTRA series pack with a highly competitive pricing. This review looks at the 1350 mAh version of the MEGA Graphene 2.0 battery.

The all new Dinogy* MEGA family is rated up to 75 C and therefore can be classified below the current ULTRA Graphene 2.0 line up (80 C) performance wise. The outer appereance of the pack only changed with regards to colors used. Instead of the bright orange on the ULTRA series, the MEGA batteries come in an all red styling, which is made of the honey comb-style material we have seen on the front and back of the ULTRA series*. Top and bottom show the four black lithium polymer cells inside as L&E uses transparent shrink wrapping on the new product.  Beside the 1350 mAh there also is a 1550 mAh version available, which I will have a look at some when in the near future.

The Dinogy* MEGA Graphene 2.0 75 C pack is a standard 4S1P config flight pack for high power use. It utilizes the new generation graphene cell chemistry. An extra layer of carbon particles is added to minimize internal resistance and hence maximize possible current draw. The newest version now is rated up to 75 C constant. We will rate the performance later.

Build Quality: Very good. Pack feels very well made on the outside. Connection terminal looks solid. The bright redhoney-comb materials feels like it offer good protection on the sides. The new transparent shrin wrap is nice to look at. The golden sticker at the bottom adds to the overall quality feel of the product.

Cables: L&E uses 12 AWG wires on this packs. The high flexible silicon layer is rated up to 200°C. Cable length is about 7.0 centimeters.

Balacing plugs: Standard XT-system*. Balance wires are rather short (2.5 cm) which is a benefit in terms of getting them out of the prop-range on the aircraft. Main power line and balancer wires are connected at the top of the pack.

CV-Phase is short on this cell type. Balancing in normal mode took 1:46 min. Cell drift during charge was unobtrusive. This is for 1C charge (1.4 A).

During this test the pack delivered 984 mAh. This is 72,8 % of nominal capacity. A very good result.

Just looking at average values the Dinogy pack performs good. All cells stayed well above 3,7 V on average. An average value above 3,74 V / cell can be considered very good.

Interpretation: The internal resistance of 2.32 mΩ average per cell indicates a „true“ C-rating of around  44 C (59.1 A). This is on the conservative side and represents a current draw that will make the pack last for a long time. Overall performance can be described as very high!

Cell drift is low on the new Dinogy MEGA Graphene 2.0 75 C packs during main discharge phase. Cells are matched well. I expect even better matching once batch production is up and running, as more cells for perfect matching will be available in the factory.

Max. temp during discharge was around 50.2 °C on top of pack. Note that heating of stressed LiPo packs will continue for some more time even when load is cut.
Market Comparison

Cut-Off /warning value for this battery should be chosen 3.5 V minimum. After this point voltage drops quick. The battery provided 920 mAh (68,1 %) during the 25 C discharge.

The new generation of 75 C MEGA Graphene packs are an interesting piece of tech. I like to see the weight drop by almost 20 g compared to the current ULTRA Graphene 2.0 80 C 1300 mAh* battery. Luckily Dinogy managed to keep the excellent built quality, we all got used to. I still think it is fair to say that Dinogy lipos are one of the best manufactured battery brand a the moment. No wonder you won’t see any puffing or deformation of the battery even under high loads. Heat is spread evenly across the pack and the shape is kept at all times. The cell matching is not as good as on the current ULTRA products, but I guess this will improve once production runs at full scale – in comparison to other products the matching is still good, though. Nothing to worry about here. I would rate this pack at true 44 C, which is really good and amounts to 59 A continuous load capabilities. Cut-off should be chosen at 3,5 V / cell minimum. The sticker on the pack tells you 3,4 V/ cell but this would mean to cut of throttle immediately after you hear your telemetry or buzzer complaining. As expected usable pack capacity comes in behind the current ULTRA series*, but is still decent.  The best is yet to be announced: Pricing for the 1350 mAh Dinogy* MEGA 4S 75 C pack starts at US-$ 28. Therefore the MEGA series is a great choice for training and free style flying at a reasonable price! For that kind of money Dinogy once more has to offer an excellent performance-to-price ratio in the high quality- high performance lipo market.

This page contains all the details about how lipo batteries are tested and what methodology is used.It is meant for those of you, who want to know exactly what is… 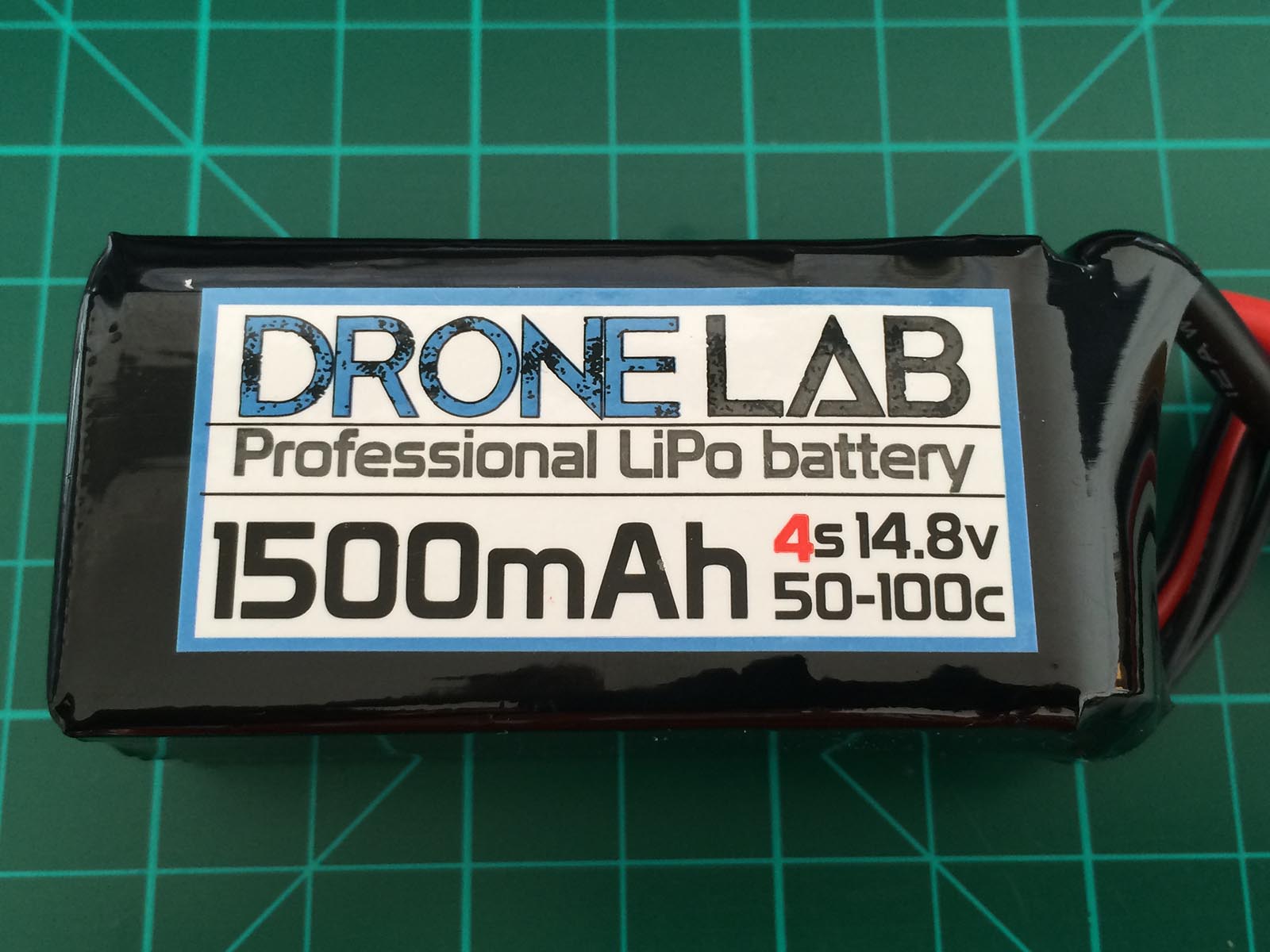 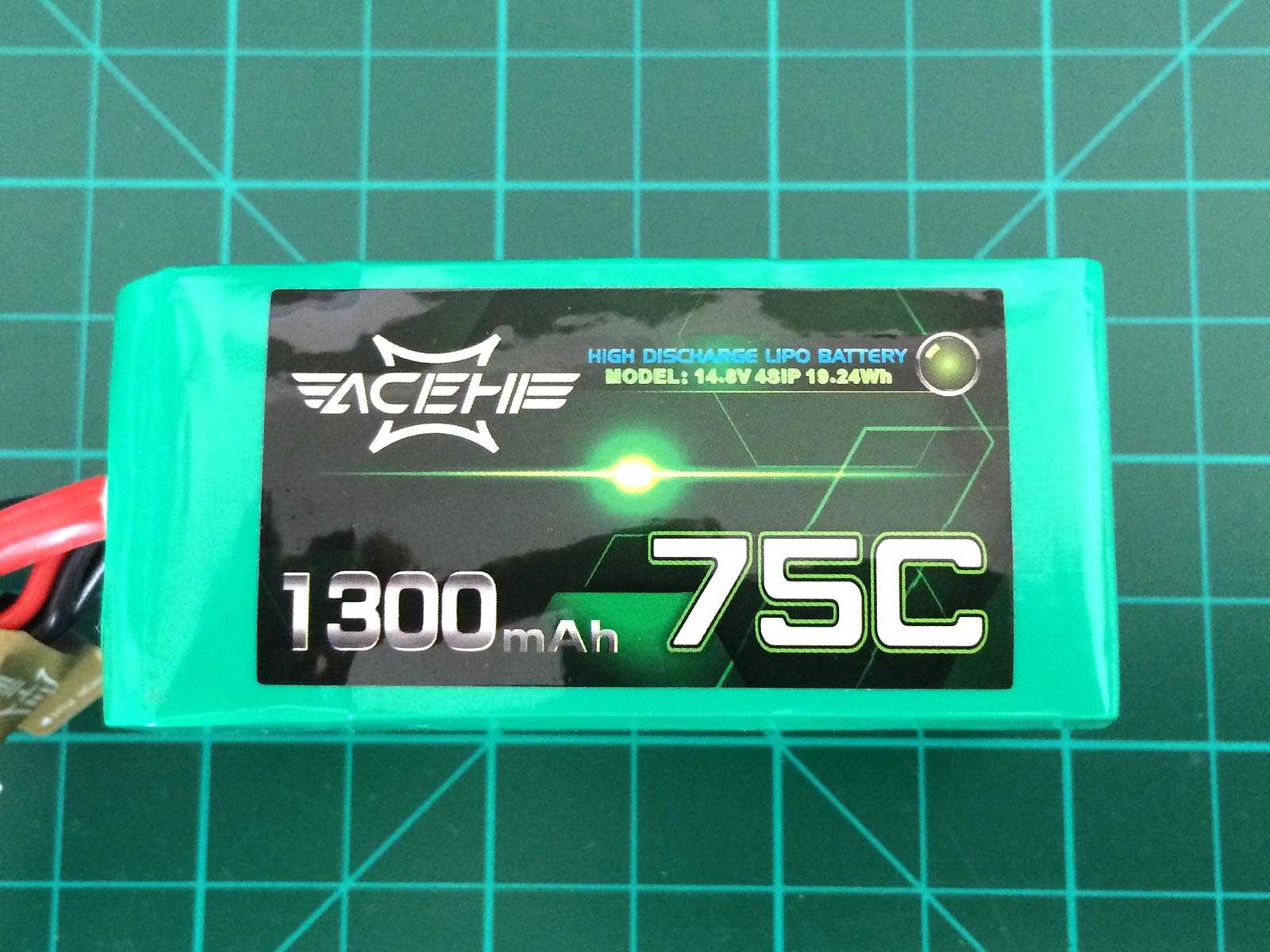 ACEHE is a new manufacturer slowly making its first steps into the European market. This review looks at the new ACEHE 4S 1300 mAh pack, which features a 75 C…