In this article we explain to you what the C-rating of LiPos is all about. You will find out what the C-Rating means for batteries and which things you should pay attention to.

Note: The following article is a translation of our German battery guide. You can find the original version right here.

First of all, we should create a common basis of understanding and define a number of terms together before we take on the C-rating in concrete terms. The performance of a lithium-ion flight battery is determined by several factors.

Beginners in FPV* and drone flying often find it difficult to distinguish between the various terms and meanings when discussing them in forums and on websites. Here’s a quick overview so you know what it’s all about.

Nominal voltage of a LiPo battery

Capacity of a LiPo battery

The capacity of a battery is specified in mAh (milliampere hours) in the drone domain. The unit must not be confused with the current that a battery can deliver (more on this later). The capacity indicates how long a LiPo battery can supply a certain current until the cell voltage drops too low (= the battery is empty).

A typical capacity for a FPV drone application is 1500 mAh (equivalent to 1.5 Ah). This information tells us nothing more than that our example battery can deliver a current of 1.5 A for almost exactly 1 hour.

Of course, the two LiPo batteries can also be loaded with higher currents. If, for example, 15 A are flowing, the battery is empty in 6 minutes, if we reduce the current to 750 mA, the capacity is sufficient for 2 hours of constant current drain.

Of course, the individual LiPo cells can also be connected in parallel. In this case, the nominal voltage of the cells remains the same, but their capacity adds up.

Two LiPo cells connected in parallel with a capacity of 1000 mAh also have a common rated voltage of 3.7 V, but a total capacity of 2000 mAh. If a current is drawn from the cells connected in parallel (say 2 A), then each of the two individual cells is loaded with 1 A. This means that the current is not applied to each cell. A LiPo battery that uses four parallel cells is therefore also called a 4p-LiPo.

By the way, the parallel connection of LiPos is not only used for discharging the batteries in the aircraft. Not only the single cells within a flight battery can be combined, also whole batteries can be operated in parallel or in series.

Note: In the examples we assume that all single cells have identical properties.

It’s the energy that matters

If you have paid attention, you now know that you can’t just go by capacity in mAh to compare two batteries with different configurations.

It would be wrong to say that a 4S battery* with 1000 mAh keeps an FPV Racer (What is FPV Racing?) as long in the air as a 3S battery with 1000 mAh. Although both batteries have the same capacity, the different nominal voltages result in a different energy of the batteries.

Energy is the product of nominal voltage and capacity and is measured in Wh (watt-hours). To compare our two batteries, we have to calculate the energy of both batteries:

However, if you happen to have two batteries of the same nominal voltage, the capacity can be easily compared.

Energy should not be confused with power. Power is measured in watts and indicates what power can be taken from the battery at any time. The energy, on the other hand, describes how long a certain power can be supplied until the battery is empty.

The power consumed by a drone is the sum of all the individual demands of the drone components, such as the propulsion system (motors and ESCs*), camera system, flight controller, etc.

The C-Rating: How much current can the battery supply?

Let’s get down to business: How much current can a LiPo battery supply? The so-called C-rating assists us on this matter. C-Rating stands for Capacity-Racting and is an indication of the ability of a LiPo to deliver current in relation to its capacity. The nominal voltage of the battery plays no role when it comes to this parameter.

Often there are two C-Ratings printed on one battery – e.g. 45 / 80 C. The first specification (45 C) describes the so-called continuous current, which the battery can deliver permanently without being damaged. The second value (80 C) describes the maximum peak current that should be drawn from the battery. In our example 80 A.

The Marketing Problem of the C-Rating

As with other performance values, the marketing departments of battery manufacturers sooner or later discovered the C-rating as the new buzzword that had to convince buyers. In many cases, this led manufacturers and dealers to start printing C-ratings that were as high as possible in order to sell their products better.

Cheap LiPo batteries with a 120-C-Rating can be found with just a few minutes of research on Google. Of course these batteries do not keep what they promise. It would probably be more than dangerous to permanently load such a fake battery with 120C.

Some manufacturers, such as Stefans Lipo Shop (SLS), for example, have therefore decided to stop marketing C-ratings with their NOC series altogether, in order to escape the marketing spiral (here you can find our review of SLS NOC Racer batteries).

Even honest manufacturers were forced to raise the C-ratings of their products on paper in order to keep up with the (fake) marketing competition.

Is the C-Rating worthless after all?

Has the C-rating now lost its reason for existence? From a technical point of view, of course not. It is still a simple way of expressing the current withdrawal capability (or charging currents) for a LiPo battery. However, buyers and pilots must be aware that very few C-ratings genuinely reflect the actual performance of a LiPo battery.

In our detailed battery tests, we therefore determine a „True C-rating value“, which is calculated from the internal resistance of the cells. This value can be used as a good basis for comparing different batteries, but is often significantly lower than the advertised value. In terms of credibility, the C-rating in the RC industry has therefore certainly lost some of its credibility.

Can I detect a false/fake LiPo C-Rating?

The short answer: Yes and no. First, a simple rule of thumb applies: Values that are too high should make you skeptical. Continuous loads above 50 to 60C would give us good reason to take a very close look.

Peak C-ratings up to 120C are credible. But that’s only a guideline.

However, a little technical knowledge helps to identify completely overrated batteries. After all, the current must somehow „get out of the battery“. So it always makes sense to take a close look at the plugs and cable diameters used.

Many LiPo batteries in the FPV range use AWG12* or AWG14 cables*. A glance at the specification table for copper cables therefore provides a relatively quick overview of whether the C-Ratings given are realistic at all.

Of course, manufacturers can also sell „scrap cells“ with thick cables. The „good thing“, however, is that copper is relatively expensive and therefore cheap batteries often save money at this point, too.

The XT60 connector* is usually used today as the main connector system. Spotting low quality X60 connectors is quite hard as well, unfortunately. You can find more model connectors in our large connector overview.

If this article has helped you, we would be happy if you would share it with other pilots.

If this is the case, we are happy if you share the article. If you have any questions or suggestions, feel free to leave a comment at any time. Also we are happy, if you use one of our partner links for the purchase of a product (marked with *), so we receive a small commission.

If you should be inspired by the contents and want to support Drone-Zone.de, we are extremely delighted about a small donation. Then there will be a cup of coffee more for us when researching and creating the next article! :)

Or become a regular supporter on Patreon. That would make our day! 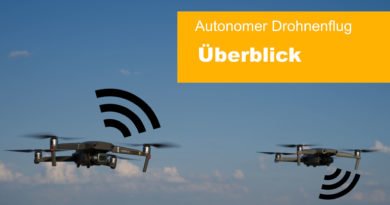 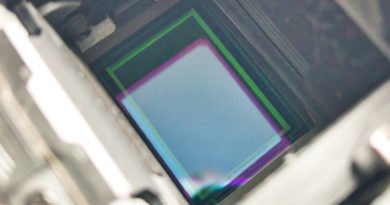